KINGSTON, ON – On Thursday, August 10, CFRC 101.9fm presents its 10th annual broadcast for Prisoners Justice Day, remembering all those who have died behind bars. For the second time, this broadcast will be shared by CJAI 92.1fm, Amherst Island Radio.

2018 marks the 44rd annual Prisoners Justice Day, which began in commemoration of Eddie Nalon, a prisoner who bled to death in the segregation unit of Millhaven prison on August 10, 1974. More than 4 decades later, upwards of 200 prisoners die in custody each year in Canada alone.

From 4-7pm on August 10, CFRC 101.9fm will air interviews, news, features and memorials about prisoners and prison conditions. From 7-10pm, tune in for messages and music requests by and for prisoners and their loved ones and supporters. Earlier that day, there will be a vigil at St. Mary’s Cemetery at noon, and a Healing Circle at the Prison for Women site at 1pm.

The broadcast will also be simulcast on CJAI 92.1fm and streamed online at CFRC.ca.

Listeners are invited to contribute requests, messages and comments by: 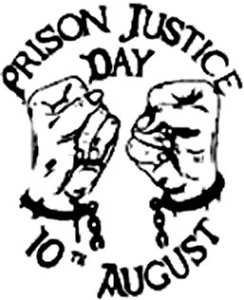